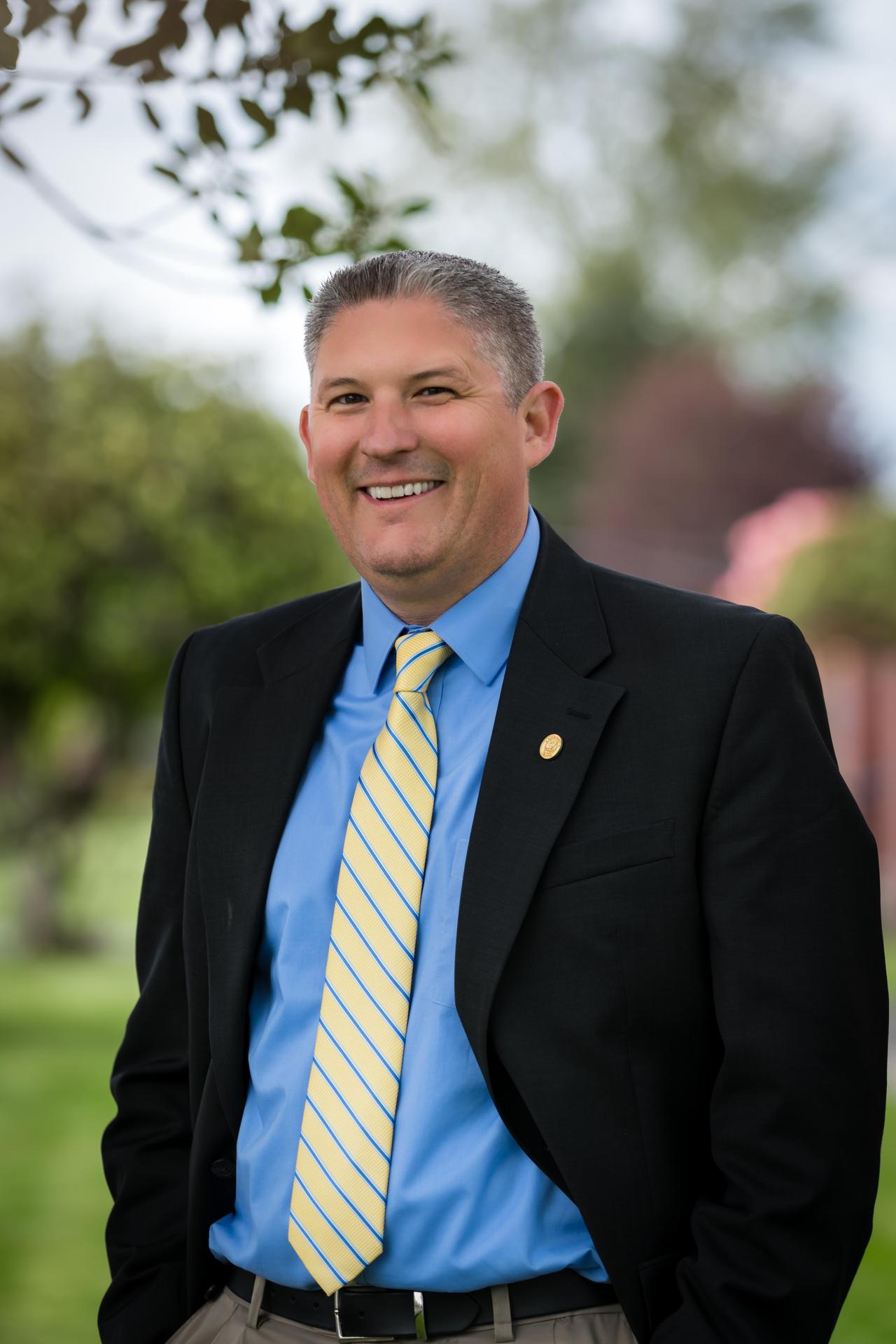 White River School District Superintendent Scott Harrison is a Washington native having spent the majority of his life living, working, and raising a family in Pierce County.
He joined the Marine Corps after graduating high school and served as a sergeant before entering the University of Washington with the intent to study history and return to military service as an officer. It was during his time in college that Dr. Harrison was asked to help coach middle school football, a life-changing experience that sparked a joy in working with young people that continues to this day. It was his experience as a coach and mentor that encouraged him to become an educator.
After graduating from the University of Washington, Dr. Harrison earned his Masters degree and teacher certification from the University of Puget Sound and began his teaching career as a middle school history and social studies teacher in Puyallup. He continued to serve Puyallup as a teacher, instructional coach, and high school administrator until 2011 when he joined White River team to become an administrator at White River High School as the District CTE director. Since then he has served as Executive Director of Human Resources and Deputy Superintendent before assuming his duties as Superintendent.
Dr. Harrison earned his doctorate and superintendent certification from the University of Washington in 2018. He is a contributor to Bob Eaker and Janel Keating’s book “Kid by Kid, Skill by Skill” and has co-authored articles published in both “All things PLC Magazine” and the “Journal of Educational Administration”. He is a recognized leader in school improvement and has presented at state conferences for both the Washington Educational Research Association and the Association of Washington School Principals.
Scott’s most important job is that of husband and father. He and his wife, Tara-also a career educator, are proud parents of two children, Nathan and Grace.
﻿Follow @WhiteRiverSD
﻿Tweets by WhiteRiverSD